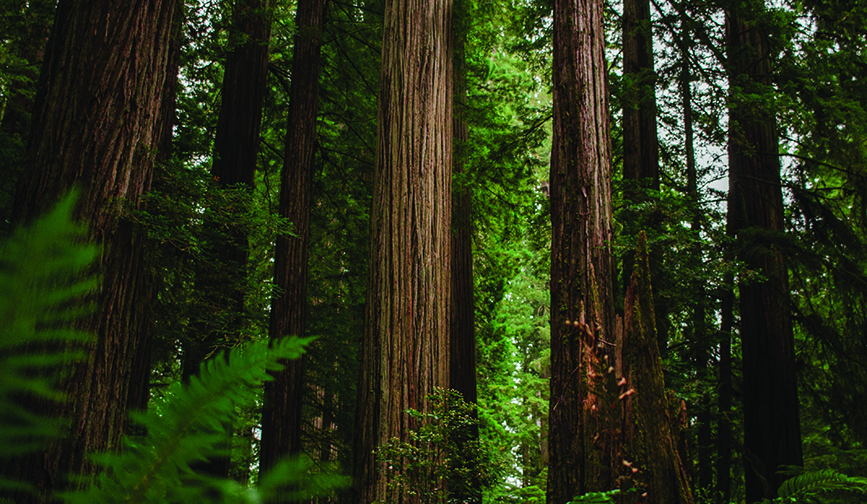 You CAN See the Forester for the Trees

I’ve always been a forester at heart. My lifelong love of the outdoors blossomed as a child and only grew as I did.

So when I gravitated toward majoring in forestry at Stephen F. Austin State University in Texas, I can’t say anyone was surprised—least of all my beloved aunt. She worked in the dean’s office at the school’s college of forestry, which offered a good insider’s view of the program and a peek at what my future could look like. Aunt Betty gave me a nudge, and that was all I needed.

I followed my gut and, despite a late start as a full-time college student, by 1995 I was proudly waving a bachelor’s of science in forestry. As I worked toward a matching master’s degree, which I completed in 1999, I simultaneously launched my career in the industry. My first job was as a procurement forester in the Eastern Carolina Region for Champion International Corp.

The forestry side of the business is where I started and where I spent my formative years, trying everything from procurement to land management to analytics. Stops in the journey included jobs at several paper companies, which at that time had lumber mills, paper mills, and chip mills. Over time, these businesses started peeling off their layers—some sold their forest land, for example, eliminating the need for land management—and became more specialized.

However, the time I spent cutting my teeth in these positions before this evolution prepared me for progression to the sales side of the business. As the general sales manager of panels at Boise Cascade, I have the opportunity to sell both southern yellow pine and western fir panels for the second-largest producer of plywood in the United States.

A big part of the reason I took my current position is because it speaks to my forestry “roots,” pun intended. I entered this profession because I support the wise use and replenishment of our natural resources. That means conserving some, but it also means using some. You can plant more trees—and the industry does that—so it’s renewable and eco-friendly.

At the same time, the deep personal satisfaction I get from working at Boise Cascade comes from the fact that we sell a product that is used to build homes, living space that can last 100, even 200 years. That’s extremely important to me. I’m highly motivated by taking products out of the forest and making something that is usable and that will be there and be productive for the foreseeable future. For that reason, it feels like I’ve come full circle at Boise Cascade, from my beginnings as a forester tasked with getting fiber and logs into mills to now representing the other end of the process.

The connection between the wood product industry and sustainability is important and, in my opinion, not emphasized enough. Every sector has bad actors, of course. The question is whether companies that harvest trees are good actors. As any true forester would agree, my answer is yes, absolutely, they can be—but I don’t think we tell our story enough. More people, including kids, need to understand that cutting a tree is not horrible. Cutting a tree, using it, and planting another in an environmentally sustainable way is possible; and Boise Cascade is a perfect example of how.

With this in mind, I convinced the company to provide financial support for a hands-on forestry education project that was put together by Union Pacific, DMSi, and the Hardwood Forest Foundation. My employer’s backing, in turn, gave me a seat at the table to help shape the “Forever Forest” traveling show. Its exhibits teach kids aged 4-12 the origins of wood, how it is processed, and the countless ways it is used. The program debuted in 2017 at the Omaha Children’s Museum and, despite being sidelined by COVID-19, is scheduled for a 10-year national run. Helping to develop Forever Forest, which NAWLA also had a large hand in, has been one of the most exciting and impactful experiences during my time at Boise Cascade so far.

What You Know, Who You Know

My exposure to NAWLA, beyond Forever Forest, has been another highlight. The organization, and its networking culture, is key. When I segued from procurement to sales, one aspect that remained constant was the importance of relationships in this industry. On the procurement side, people don’t sell you their trees unless they trust you and have a relationship with you. It’s very similar on the sales side. In either case, success is a matter not only of what you know, but who you know.

NAWLA fosters these kinds of relationships, many of which last an entire career—or longer—through its many committees and events. If you want them and work for them, you can cultivate connections with people working in all segments of the wood products industry.

Once the seed is planted, you can start to weave that fabric of how businesses work together. It’s amazing! I recently joined the organization’s Traders Market committee, for example, which has allowed me to hear other perspectives in the supply chain of wood products: wholesalers, distributors, regional distributors, and so on.

I’m also involved in the Shelter 10 Group, which focuses on an area of personal and professional interest to me: housing and the economy. Economists lead that call, so there’s a strong plug-in to information pertinent to selling plywood. We discuss topics such as where the economy is going, how the GDP looks, movement in housing starts, fluctuations in mortgage rates, the rate of household formation, and more. I’m interested in all of that from a work standpoint; and I’m able to get perspective from a range of voices, including lumber manufacturers and distributors.

When I walked into my first Traders Market show in 2015, I didn’t know a soul outside of attendees from my organization…and now I engage with colleagues from all corners of the industry.

When I reflect on how I’ve spent my career in the wood products industry thus far and how I am likely to spend the rest of my time in it, I don’t think about being remembered as a trailblazer or a pioneer because I’m a woman who made a successful career in what has traditionally been a male-dominated profession. I see myself not as a female forester, but simply as a forester.

What I hope people will say in retrospect is that I was a businessperson who was capable, obviously, but also someone who dealt in openness and honesty and who treated others with dignity and respect. Whether that’s in the context of delivering bad news or receiving it, it all stems from a relationship within the company and within the community. That’s how I would want to be remembered.