The biggest increases year-over-year came in British Columbia and the western U.S. where prices for wood chips (the major fiber source for the two regions’ pulp industry) increased by 25% and 23%, respectively.

Over the past year, fiber prices have risen fastest in the West mainly because of low fiber inventories and limited access to addition log supply early in the year. This was followed by forest fires in late summer and early fall which reduced the log flow, tightened the fiber supply/demand balance, and increased transportation costs. Towards the end of the third quarter 2018, there were sufficient wood chips and pulp logs in inventories in western U.S. and Canada and prices started to level off. In the fourth quarter 2018, the price changes were mixed, with increases in B.C. and declines, with exceptions in the U.S. West.

Wood fiber prices in the U.S. South have been quite stable for a long time because of plenty of supply. Historically, prices in this region have been much less volatile than in the West.

There was an uptick in the price of Douglas-fir and hardwood pulplogs in the third quarter 2018 in coastal Washington and Oregon, with the price for Douglas fir reaching a high last seen in the first quarter of 2012. The current price equals the price of hemlock/fir, which was unchanged from the second quarter 2018.

There was a noticeable decrease in residual chip prices due to multiple factors, including plentiful residual supplies at the region’s sawmills, log buyers building sawlog and pulplog inventories because the forests remained opened in spite of the wildfire threat, and more logs becoming available for domestic mills due to U.S.-China trade tensions. The average softwood chip price in the most recent quarter was down 25% from the same quarter in 2017.

Prices for hardwood chips and pulplogs in the South Central sub-region were up about 5% quarter-over-quarter, while the price increases were more modest in the Southeastern region. Low inventories and reduced harvests of hardwood stands have contributed to record high hardwood chip prices and hardwood pulplog prices being close to their highest levels in two years.

Softwood chip prices have remained practically unchanged for more than a year throughout the South due to increasing supply of residuals from the region’s sawmills. Prices for sawmill chips in both South Central and Southeast are currently among the lowest in North America.

Dry summer weather resulted in log contractors maintaining full production schedules and a robust supply of fiber for the region’s pulpmills. In the third quarter 2018, softwood and hardwood roundwood prices were unchanged from the previous quarter.

Although there remains an oversupply of softwood logs, prices remained stable throughout most of 2017 and 2018, while prices for hardwood logs have inched downward.

Sawmill chips were plentiful, but suppliers reported little to no difficulty in moving their residuals. However, this plentiful supply did result in the price of softwood chips dipping slightly from their second quarter 2018 levels.

There was no change in softwood pulplog prices from the second to the third quarter, marking the third consecutive quarter with steady pricing. Hardwood roundwood prices edged downward slightly due to the cessation of a temporary price increase which was in place for the first half of the year. Although hardwood-consuming pulpmills in Maine reported low fiber inventories during the summer, by late August, the inventory levels had recovered.

The price for chips rose across all regions of British Columbia in the third quarter 2018. In the Northern Interior, residual chip pricing increased significantly based on increases of the New Brunswick/Saskatchewan pulp prices to which they are linked. Prices in Canadian dollar terms have gone up for four consecutive quarters to reach their highest levels since the first quarter 1996.

Sourcing fiber to meet demand remains a concern for most of British Columbia, particularly for the Coastal region. High prices continued due to the imbalance between supply and demand. Lack of wood supply on the coast resulted in fiber buyers reaching into the Interior of the province or sourcing fiber from the U.S. Northwest to supplement their fiber inventories. Alberta saw a slight increase in residual chip prices in the most recent quarter, a continuation of an upward trend that started in the second quarter of 2017.

In Eastern Canada, growing lumber production has created ample supplies of residual chips while demand for the fiber has stagnated. The imbalance, building over the past 18 months, resulted in significant price declines when 2018 annual price negotiations were concluded earlier this year. Eastern Ontario and Quebec now have the lowest softwood chip prices in North America.

In contrast to the plunge in softwood residual chip pricing, hardwood roundwood pricing in eastern Ontario/Quebec has remained flat for all of 2018.

Hardwood and softwood pulplog prices in the Maritime provinces were unchanged in the third quarter 2018 at levels similar to price levels seen earlier in 2018. 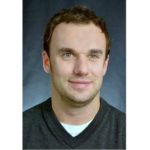