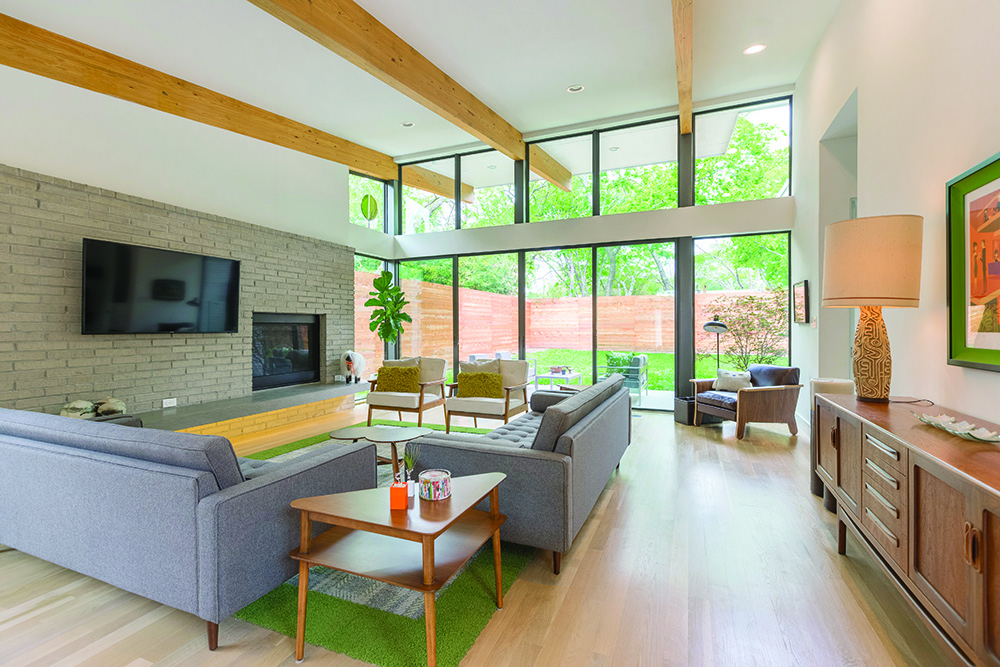 The Year Ahead in Vinyl Windows

As we enter the third decade of the 21st century, window and sliding glass door shoppers have spoken—and they want vinyl. Lots of vinyl. They also want bigger, greener, stronger and darker products.

And let’s not forget price: All of these features should be packaged in a window that’s still affordable for most Americans.

This sounds like a tall task, but manufacturers have risen to the occasion.

Vinyl products on the rise

Vinyl windows have taken over the industry, according to the Home Innovation Research Labs. By 2017, vinyl made up nearly 70% of all new home windows and 50% of remodeling jobs while other materials remained stagnant or even dipped in popularity.

Bigger products bring the outside in

Frank Lloyd Wright and other innovative architects of the 20th century became iconic in part by using larger—and greater numbers of—windows to merge the interior and exterior worlds. Now, modern-day architects are following suit. Windows and sliding glass doors are getting bigger. At one time, sliding glass doors that were 12 ft. wide or bigger and had five or six panels would have been considered extraordinary.

In an era when seemingly every industry, from automobiles to agriculture, is focused on “going green,” people naturally want windows that are energy efficient. That’s why windows with low-E glazing and gas inside a well-insulated glass unit have become the industry standard.

Low-E has been the most popular form of window glazing for some time now. According to Home Innovation Research Labs, roughly 75% of new homes feature windows with Low-E coatings. Many of these Low-E windows have the added benefit of offering gas-filled insulated glass units. Indeed, windows with gas between the panes in new homes jumped 30% from 2006 to 2017.

These gases help fight energy loss in the home because they’re denser than air, so they help maintain comfortable interior temperatures. And now consumers have more choices when it comes to the types of gas available. Argon is still the most popular, but the denser krypton is also widely available, and xenon, the densest gas, has come on the scene in recent years.

Standing up to the extremes

Unfortunately, extreme weather events are no longer out of the ordinary. Hurricanes, tornadoes and intense thunder storms are happening frequently in many parts of the country. Homeowners are aware of this new reality, and are demanding windows that stand up to extreme weather. Impact-resistant windows now make up nearly 10% of newly built homes.

As a result, manufacturers are offering more products—or, in some cases, entire series—that are impact resistant. These products include laminated glass that can resist projectiles and often include reinforcements in the frame and sash to enhance strength and durability.

Gone are the days when windows were only available in soft colors like white and beige. Thanks to sun-reflecting technology that’s been developed over the past decade, many darker colors are now a viable option. This has given homeowners and designers a vast array of color schemes that were not feasible a generation ago, and they’re happily taking advantage of it.

Of the all the colors that were previously considered too dark to be used for windows, black has arguably become the most popular. Bill Nowak, vice president of engineering and sales for window paint company ColorCoat Inc., has seen this change first hand over the past few years. “Around 2013, because of a change in pigment technology, black became very popular on the west coast,” he says. “Shortly thereafter, black was getting noticed on the east coast, and since then it’s really exploded. Black was 10% of our market in 2015; now it’s 30%.”

But it’s not just black. Bronze, silver, cocoa, and forest green are also viable options when it comes to selecting window color. Considering the endless design possibilities these colors offer, it seems likely this trend will continue for the foreseeable future.

Consumers have options in so many products these days. Why should windows be any different? Today’s consumers are more sophisticated than ever; they know how many options are out there. If they don’t, they can access the smart phone in their pocket to find the information they need.

What this means for window manufacturers, dealers, and distributors is that they must be prepared to provide these choices or be left by the side of the road. No matter their desires, customers are thriving on today’s selections, which in turn is enabling further innovation in the window and door industry to meet their evolving needs.