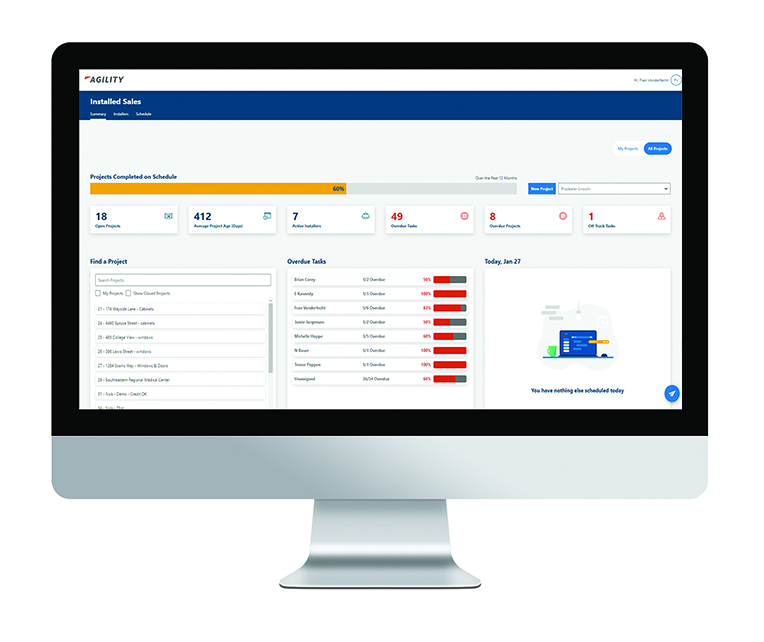 The Rise of Web-Based Apps

Business is complicated and the workforce of today expects the technology they work with to play nicely together. Along with mobile applications and APIs, web-built computer software has risen in popularity in recent years, with web apps (also called cloud-based apps) replacing desktop apps to become a powerful business tool.

Web-based applications are a type of software you access through a web browser, such as Google. Instead of installing a program that lives in your computer’s memory, you can interact with it via remote server.

Confused yet? Think about the analogy of DVDs vs Netflix. If you’re using a DVD player to watch movies, you own the machine. If you want more DVDs or updated device technology, you buy a new machine and new DVDs (unless you’re still having them delivered by snail mail, but… really!?). By contrast, if you’re watching movies with Netflix, you log onto your web browser and stream whatever you want.

Portability. Of the advantages of web-based apps over desktop, portability is front and center. Even before COVID hit, people were working from home more. In our industry, salespeople are on job sites and in warehouses more than they’re sitting in the office. On-the-go technology is essential.

Talent Attraction. Having modern technology is one of the ways employers can recruit and retain talent. This is especially true for new grads who are used to paying bills, ordering groceries, seeing doctors, even filing taxes through the web. Businesses who have web-based apps to help employees do their jobs are seen as more relevant, desirable employers than those who don’t.

Customization. Web-based apps often use something called decoupling, which means the front end (the part the user sees) is separate from the back end (the logic and “guts” of the program). This is a win for two reasons. First, it’s easier and faster for developers to make changes to the front end. Second, it’s easier for businesses to customize the application. For instance, a business could use the logic (or back end) of a mobile picking app but design an interface that’s easier for their employees to use.

No Installation. The fact that cloud-based apps come without IT overhead costs like software installation is a huge win, especially for a company with many employees. Not having to pay developers to code for different operating systems is another one. For employees, logging in and working anywhere makes their jobs easier.

Urban Planning for the Web. These are some of the reasons why DMSi has embarked on a journey to get Agility ERP to the web. It’s no small undertaking. The project involves migrating over 1,400 existing windows to web-based versions, as well as building new modules such as Agility Analytics and Installed Sales directly on the web.

It’s a little like urban planning. We’ve had to think about the whole user experience (how traffic flows, where the parks should be) before breaking ground. In tech terms, that means being extremely thoughtful about a user’s experience, identifying how modules fit together, and how information flows. Providing a simple and intuitive user interface for a complex business application is all about balance.

There are ways to start leveraging web-based apps without totally disrupting business. There may be web-based versions of programs you’re already using, like Microsoft Office. There are also a host of new web-based business tools that allow employees to collaborate in new and intuitive ways, like Slack and Microsoft Teams.

Finally, if you’re looking to bring new technology into your business such as a CRM program, make web-based access a selection criterion.