In the B2B world, the relationship between the customer and the vendor—and more specifically the vendor’s salesperson—can be of utmost importance. It doesn’t take long in the business to understand that if the customer dislikes you, he is rarely going to see you. And if he does know you and trust you, he is more likely to do business with you. Creating positive business relationships is, then, a fundamental step in the path toward success for any B2B salesperson.

Having said that, the existence of positive business relationships is also one of the primary hindrances to success for the typical field salesperson. I know that seems like a contradiction, but let’s dissect how this works.

The typical field salesperson, when presented with a sales territory, naturally attempts to see as many people as possible, and sets about building relationships with some of them. Since he typically has more accounts than he can effectively handle, he tends to spend time with those he has some affinity for. He likes those customers who like him, and he spends more and more time with those with whom the relationship is easy and natural.

Over a few years, these relationships become solidified, and the salesperson is content to work with that set of people with whom he gets along. Given the choice of making a cold call on a prospect and visiting an existing relationship, the inclination is to go where it is easiest. Relationships coalesce, and routines develop.

For years, this was acceptable. In a growing economy, most customers grew as well; all the salesperson had to do was show up and he’d expect a certain percentage of the business. Life was good; the job was easy.

Salespeople, who became comfortable calling on the people who liked them, are now faced with an uncomfortable prospect: In order to gain market share, they must go where the market is. And, the market is bigger outside of their relationships than inside of them. If they’re going to grow their sales, and their income, they must call on people who don’t know them.

Ultimately, there must be a change in the salesperson’s routines. He has to spend less time with those of his current customers who are struggling or of smaller volume, and more time with customers who offer greater potential.

But changing established routines is an arduous task that requires, in most cases, both management intervention as well as willing salespeople. The starting point is for sales management to create specific expectations, measurements, rewards and consequences for the salespeople. It’s no longer effective to announce, “We need more new customers, guys,” and think that will get results. Changed behavior requires specific expectations, something like “One new customer per month, for the next 12 months.” It requires regular measurement and mid-term corrections.

Once the expectations are created, the measurements put into place, the consequences and rewards fixed and articulated, then management needs to educate the salespeople in the best practices of creating new relationships. Some are absolutely unsure of how to make a cold call, and most have totally unrealistic expectations. That’s where training and education come in. You can’t expect people to do something if they have never been educated in how to do it.

That said, you can’t expect every relationship-oriented salesperson to change his routines and excel at the new expectations. For those who don’t seem to be able to make the transition, you must decide whether they are profitable with their base of customers and reduced sales volume, or whether it may be wiser to find someone more trainable. 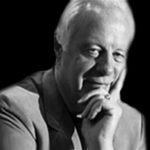 Dave Kahle is a leading sales trainer and speaker, and has written 12 books—including his latest The Good Book on Business. Reach him at dave@davekahle.com  or (616) 451-9377.