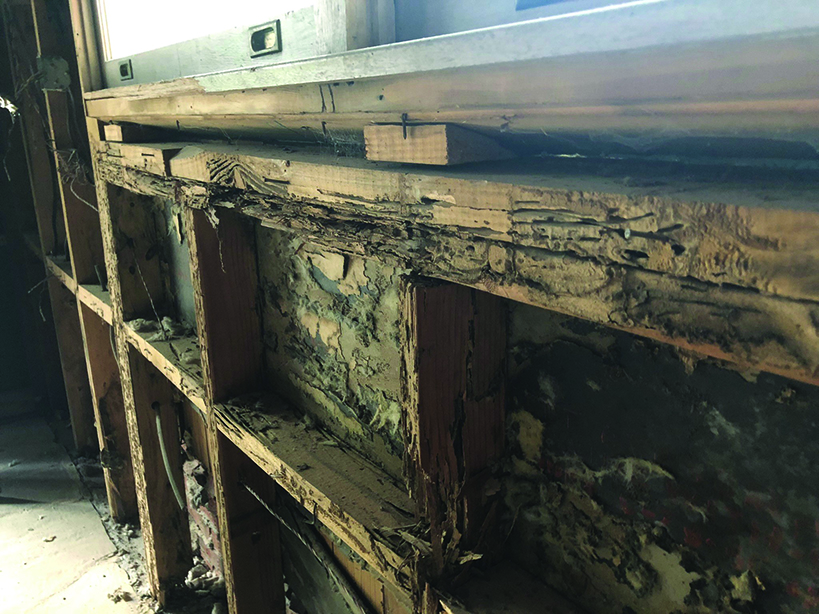 During the early 1970s in suburban Chicago, homeowners were introduced to Wolmanized pressure treated wood during a test market to see if do-it-yourselfers would be interested in building their own decks. Thus began the outdoor living revolution.

Since then, dealers and retailers alike have stocked aisles with pressure treated wood that DIYers and contractors have used to adorn backyards with preserved wood decks, retaining walls, furniture, raised bed gardens, and other projects limited only by their imaginations. The momentum has carried for decades and, although there are other products on the market, treated wood is still the first choice of contractors and builders. Because of its natural beauty (it doesn’t just look like wood, it is wood) and its long-term protection against the natural enemies of wood.

Without that protection, wood will fall prey to  the destructive little termite, which causes millions of dollars in damages to homes each year. Wreaking destruction for more than 100 million years, termites inhabit all land masses on Earth, except Antarctica, with colonies ranging in size from a few hundred individuals to enormous societies with several million pests. Their queens have the longest lifespan of any other insect in the world—up to 30-50 years.

The number of invasive termite species that destroy wood used in infrastructure increased to 28 in 2017 (up from 17 in 1969), according to the scientific journal Ecology and Evolution. Probably the most common, the subterranean termite, can inhabit large colonies that eat about a pound of wood per day. That may not seem like a lot, but the problem occurs over time as the termites remain hidden where they attack. So days, weeks or even years pass with a colony of small insects eating away at a deck or home. By the time the termites are finally discovered, severe damage could be present. Yearly, damage impacts over 600,000 homes and causes $5 billion in damage and repairs just in the U.S., according to the U.S. Department of Agriculture.

“Lonza has been innovating products to protect wood from its natural enemies—including termite, mold and fungal decay—for nearly a century. And since there seems to be no end to an insect that has been eating its way through wood and wood structures for 100 million years, we will continue our research and development,” says Scott Skinner, wood specialties business development manager for Lonza Wood Protection.

Innovation is necessary since global climate change could cause termites to show up where they had not been an issue before. According to predictions most of North America will become warmer and many parts will become wetter during the next 100 years. The annual mean temperature in North America from the Gulf of Mexico to Canada’s Hudson Bay is expected to increase several degrees in the next century. Areas farther north are expected to warm even more and have higher precipitation than in the past.

“Warmer temperatures and wetter than normal conditions give the termite the environment it needs to spread and become even more of a threat in North America,” says Scott. “In areas where termites may have only been a passing thought to homeowners, the need to protect home and property is becoming a greater concern. And, the places where termites are highly prevalent like the Southeastern and Northwestern areas of the U.S., have already seen a rise in the need to have added protection for all wood structures.”

With readily accessible facts and figures as well as educational materials, homeowners are joining builders and contractors in the understanding that protecting their build inside and out is just as important as the beauty finishing touches add. The industry is answering that understanding by developing and improving products that also protect the inside of the home from termite invasion.

“Preserved wood is no longer just reserved for outdoor projects. And, termite protection for the home no longer just means ground treatments and reaction to attack after the damage is done. Homes built today can benefit from proactive treatment of the framing from slab (or basement) to roof trusses that are installed during construction. There are successful products on the market today designed specifically to protect the home’s structure from termite invasion.

“So, why not protect your home from the inside out?” adds Scott. “Treatments such as Lonza’s FrameGuard and Permatek are factory applied to lumber, plywood, and engineered wood products used in structural framing. They protect the walls, floors, and roof assemblies within the house from termites as well as mold and fungal decay.”

The preservatives designed specifically to protect the home are applied using a spray or dip treatment and add little cost to the home while offering contractors the opportunity to provide peace of mind to the eventual homeowner.

“With the rise of termite infestations and the value structural protection will add to a home, builders will seek treated framing for more and more projects,” Scott says. “Soon the ‘protecting your whole house’ revolution will rival the outdoor living craze that started in the 1970s as an experiment. Homeowners will continued to enjoy their treated wood outdoor spaces that they now see as necessary while knowing their home is protected from the inside out.”

Most know termites are very destructive and their damage is very costly, so shielding against the insects is an even greater necessity. Offering a shield from the beginning of the build, whether an outdoor living space or the framing behind a home’s walls, is the best solution. That protection should include wood preserved to protect against termite attack. Divert (or deter) the 100-million-year-old insects before taking up residence in a structure made from long-lasting treated wood.