Mark Dippel, Sales Manager at Seneca, will be retiring this December after 27 years. 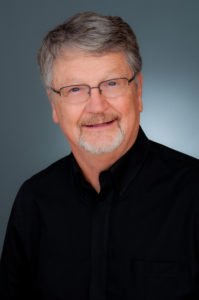 Dippel made a shift in his lumber career when he was hired by Seneca in August of 1994, after more than a decade of lumber wholesaling. He was well-established as a stand-out in his field when he joined the Seneca sales team. In December of that same year, Aaron Jones, owner of Seneca, completely revised Seneca’s sales philosophy and restructured the sales team, assigning Dippel as the sales manager for studs, and Terri Adair the sales manager for dimensional lumber.

At that time, the industry-standard sales methodology was to sell “into a file” meaning salespeople would take orders and then have the mill fill those orders. Seneca’s owner conceptualized a “just-in-time” sales philosophy where Seneca would mill lumber based on industry demand and sell it once the inventory was in the stockyard. Dippel made up half of the two-person sales management team tasked with completely reworking the way lumber was sold and educating customers on how to buy lumber from Seneca with the new methodology.

In remembering the discussion when Jones described the new sales philosophy, Dippel smiled, noting that Jones finished the explanation by saying “OK, I’ll talk to you in six months.”

It was a monumental task, but Jones believed in his team and let them know he was giving them the support and latitude to figure it out.

“It didn’t take us quite that long.” Dippel remembers, “Luckily, Terri and I didn’t have the ego to work against each other, but we were committed to do our best work together for Seneca.”

Dippel reminisced, “There were so many people who appreciated us for what we did, and we appreciated them. The sales model was built on relationships. We grew our businesses together, and that emphasis was personally very rewarding for me.”

When asked about retirement, Dippel says, “I hope it is like summertime when I was a kid and doing anything is possible!” After a career spent in management, with a leadership style rooted in character, forged by market experience, and communicated by example, Dippel’s coworkers’ hope he gets the retirement he deserves.