By any measure, 2017 was a good one for the wood products markets. The larger question looming, however, is whether 2018 will usher in a similar wave of rising prices and increasing demand.

Given the current state of wood products markets in late 2017, optimism is not unwarranted as housing is expected to finally sustain a 1.3 million unit pace next year as household finances continue to firm. However, uncertainty over the extent to which bilateral trade agreements will stifle Canadian lumber supply, coupled with tax changes and a rise in OSB restarts, will likely lead to another year of cautious inventory buying.

The length of time it takes to fully rebuild log decks from the wildfires in British Columbia and the Pacific Northwest only adds another layer of complexity. These potential supply-side constraints along with insufficient inventory buffers could ignite another round of price gains and impart increased volatility next year as demand moves higher along with housing starts.

Lumber prices charged higher through much of the first half of the year leading up to the preliminary determination on countervailing duties against Canadian producers in April. The conservative buying strategy ahead of this determination helped fuel the second price run that began in July, as the wood markets experienced a supply shock from the massive wildfires that erupted in British Columbia and the U.S. West Coast while demand hurtled toward peak seasonal levels.

Forest fires, some of the worst in years, raged through British Columbia last summer, destroying 53 million cubic ft. of timberland and shutting down mills. Salvage plans have not been formulated fast enough and log decks from British Columbia to Oregon have been depleted. Markets face six to eight months of salvage at a minimum, raising the risk that mills in Western Canada could face further challenges in 2018.

Along with raging forest fires, an active hurricane season also helped reduce wood availability through temporary mill closures, while at the same time driving demand higher. As Hurricanes Harvey and then Irma approached the U.S. South, home improvement stores could not replenish wood fast enough and order files were pushed out for weeks. With supply so constrained in the third quarter just as demand moved seasonally higher, lumber and panel prices began to surge. By October, prices had reached their highest levels in years. Such lofty price gains allowed producers to generate solid cash flow and enjoy strong profits.

Housing starts are the linchpin for the 2018 wood products forecast, and most industry watchers and participants are anticipating another year of steady, though not eye-popping, growth. U.S. housing starts have yet to consistently break above the elusive 1.2 million unit mark. After surpassing that level in the first two months of 2017, starts receded and stayed under 1.2 million units until a very strong showing in October.

Despite healthy demand, U.S. housing production has been held back by the supply-side constraints of labor and land availability. Supply-side impediments are expected to ease enough to allow housing starts to accelerate again after a relatively slow 2017. Nonetheless, estimates remain conservative, and the APA consensus forecast has housing starts up a comparatively mild 7.0% to 1.293 million units.

The risk to the forecast for wood products demand continues to revolve around the pace of the recovery in U.S. residential construction, but this risk has been mitigated to some degree by continued strength in the residential R&R market. Nonetheless, the expectation for modest demand growth remains pervasive.

One looming issue for housing in 2018 is the recent tax reform bill making its way through Congress. As of early December, the House and the Senate have yet to reconcile their differing bills. The final measure, however, could have a significant impact on both home sales and the repair and remodeling market.

The House version would halve the mortgage interest deduction to $500,000 for new mortgages while grandfathering in existing ones. The Senate version, meanwhile, allows for the $1 million threshold to stay but eliminates the interest deduction for home equity loans, a primary source of home renovation financing. Both versions also cap the property tax deduction to $10,000. Given the potential for changes to the final bill, it is difficult to ascertain what the effects will ultimately be.

Higher property value states, however, would certainly be more negatively impacted. According to the National Association of Realtors, nearly 50% of California’s housing units had a mortgage over $500,000, while 9% paid at least $10,000 in real estate taxes. In Alabama, the figures were 4.1% and 0.2%, respectively.

On the panel side, uncertainty around the potential for excess wood supply also remains a concern. At least five idled or new OSB mills will be ramping up in 2018, with Norbord’s Huguley, Al., and the new RoyOMartin Corrigan, Tx., mills already prepping for their first shipments. In addition, Tolko’s High Prairie mill, Huber’s Spring City, Tn., plant and a new line at Forex’s Amos, Quebec, facility are also expected to begin production at some point in 2018.

This round of restarts, while not as intense as what occurred in 2012-2014, will likely still bring with it a period of dislocation and softening prices compared to 2017. Buyers are already anticipating that supply will be available when needed next year, placing significant downward pressure on OSB prices in the fourth quarter of 2017 and likely factoring into inventory buying strategies for 2018.

On the lumber side, supply constraints resulting from the devastating wildfires this year and the uncertainty surrounding the ongoing negotiations for a new bi-lateral softwood lumber trade agreement have kept markets unsettled. In this environment, traders are likely to maintain their conservative inventory buying strategies while producers look to increase production capabilities where they are able to meet growing demand.

Despite the expected increase in supply from offshore imports and domestic producers, particularly in the U.S. South, lumber markets are expected to tighten further in 2018. The duties imposed on Canadian shipments to the USA will temper capital investment in Eastern Canada, while timber supply constraints from the decline in the annual allowable cut in British Columbia will result in further production curtailments in the region.

These limitations on supply from Canada, which accounted for nearly 33% of the U.S. market, mean that the rate of supply growth from U.S. domestic production, specifically in the U.S. South, and offshore imports will be key to determining market tightness moving forward.

Offshore imports have buffered North American softwood lumber supply and should play a larger role as demand continues to outpace growth in domestic supply. Offshore imports to the USA were up an estimated 36% through September as strong demand and prices attracted more offshore supply, although imports still represented just 2% of domestic consumption.

Meanwhile, the supply challenges resulting from the wildfires are expected to linger in 2018 as producers in British Columbia and the U.S. West Coast struggle to rebuild log decks as demand rises.

Despite concerns over wood markets for 2018, the most notable reasons for optimism emanate from demand fundamentals. On the demand side, demand for shelter remains strong, although household formations have eased in 2017 as the price of shelter has spiraled upward. Household formations averaged less than 1.0 million through the third quarter of 2017.

Demand for shelter should remain strong in 2018, supported by continued gains in employment and higher wages. With shelter inventory extremely tight, this demand will put increasing pressure on the existing shelter stock, which should eventually translate to increased residential construction as the supply-side constraints of labor and land eventually ease.

This strong demand in the face of the moderate pace of residential construction has pulled the inventory of homes available for sale to extraordinarily low levels and pushed prices higher. The dearth of available housing stock significantly lowers the prospects for would-be trade-up buyers to locate a desirable home.

At the same time, price appreciation has resulted in improvements in homeowner’s equity, making more equity available for potential home renovation projects. These factors are encouraging many would-be home-buyers to add on rather than trade up. In the absence of a supply-side response (e.g., a rapid acceleration in housing starts), the continued strength anticipated in both employment and wages is expected to bolster the R&R market moving forward.

Most market participants and prognosticators, ourselves included, agree demand should move steadily higher in 2018. It is developments on the supply-side of the market and buyers’ appetite for anticipatory buying early in the year that is likely to define prices. Inventory levels throughout the supply chain are razor thin heading into 2018 and are not expected to change substantially in the new year. While there could be some impetus to build inventories in order to avoid a repeat of the supply-side shock from the wildfires and hurricanes that hit the market this summer, anticipatory buying in early 2018 is expected to be relatively modest yet again.

For lumber, elevated prices, uncertainty over the final outcome of the bilateral trade negotiations and the expectation for continued steady, but manageable, demand growth heading into 2018 will likely limit inventory purchases early in the year. As long as demand continues to improve at a moderate rate and there are no supply-side shocks, peak-to-peak price gains should be minimal. However, you only need to look back to 2017 to see how market shocks against a backdrop of meager inventory levels can impact prices.

On the panel side, it is the pace of demand growth and capacity additions along with inventory strategies implemented early in the year that will determine prices in 2018. RISI’s assumption is that supply growth will outpace demand and weigh on the OSB market temporarily while the market works to absorb the additional supply. 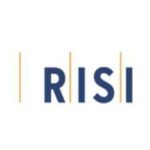