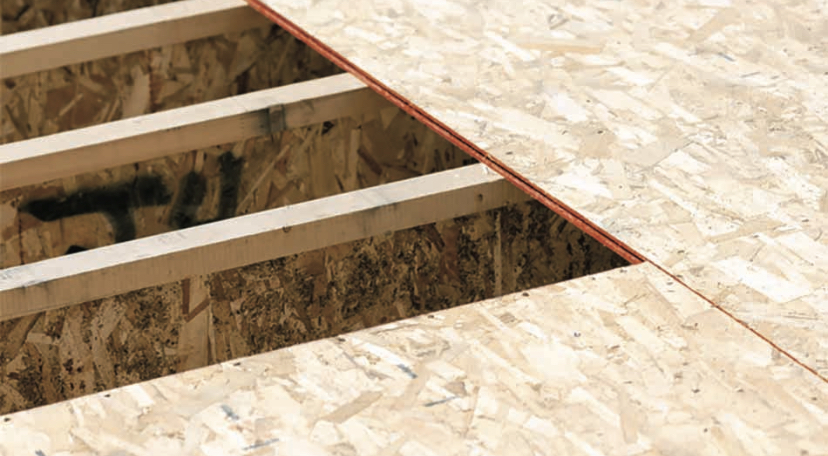 After bracing for the worst when the pandemic hit, the OSB industry has come roaring back to life during the summer, as supply heats up, producers scramble to restart idled operations, and prices experience record week-to-week jumps.

In late July, Random Lengths charted OSB mills in the Southwest quoting prices on 7/16” OSB $85 per 1,000 sq. ft. higher than the previous week—topping the previous record of $63 set in 2005. In the South, increases were not far behind, and in western Canada, mills reported prices on 7/16” skyrocketing $120 during the same week. Prices in the western U.S. were reported to have surged $100 per 1,000 sq. ft., with “many buyers wait(ing) in line for more volume to cover their needs.”

One factor in the sudden spike is that the rebound in OSB lagged the increases in other building products, just as DIY spending consistently rose, as home construction dropped off sharply before beginning its climb. Consequently, many dealers and distributors—accustomed to just-in-time delivery and wary of being burned by sharp price fluctuations—have let their inventories shrink and have been slow to react to the spike in interest in panel products.

Mill order files began stretching from weeks to months. So OSB mills are beginning to ramp production back up, after throttling back operations when the pandemic first hit in March, anticipating collapsing demand and plunging prices.

In March, Norbord decided to reconfigure its operations to match production with an anticipated reduction in customer demand. After initially lowering operating mill capacity by approximately 35% for the month of April, market demand improved sufficiently in the second quarter to allow Norbord to substantially resume production across its North American and European mills.

With lower manufacturing costs and rising prices on OSB, Norbord actually generated more revenue in the second quarter despite lower production. “The second quarter of 2020 started slowly as it overlapped with the significant pullback in economic activity that occurred during the early stages of the COVID-19 pandemic. However, we ultimately saw improving demand through the quarter that led to better than expected results. Our Adjusted EBITDA represented our best performance in seven quarters, more than doubling from year-ago levels and improving 12% from the prior quarter,” said Peter Wijnbergen, Norbord’s president and CEO.

Similarly, Louisiana-Pacific’s OSB segment revenue increased by 3%, on 16% lower volume but 22% higher prices. LP cut OSB production by about 100 million sq. ft. in April, or about a third of its total capacity, through a combination of curtailments and reduced schedules. The cutbacks were made it a flexible manner, allowing the company to gradually adjust to mirror demand.

Weyerhaeuser temporarily lowered OSB production by 15%, but steadily began building it back up. Through the second quarter, OSB sales were down just 3%, and Weyerhaeuser predicted a robust third quarter, based on how far out its order files were.

Most manufacturers have by now returned to operating at greater than 90% of capacity, and demand shows no signs of slowing.