I have been training salespeople for over twenty years. There are many reasons that people don’t succeed in sales. The number one reason by a large margin is the lack of work ethic. But lack of work ethic is often a symptom of psychological impediments. It’s obvious and easy to say, “Oh well, they’re just lazy.” This can be true, but I think this reason is much rarer than we think.

I work with a lot of winners. People who have made it to the lead position in their company. Many of them are confused and do not understand these (human) foibles—often because they themselves are superhuman.

It takes a special kind of person to make it to the top. My brother is one. They are focused, driven and while they might have some self-doubt (many have none), it is at a much lower rate than the rest of us. To them success is obvious and necessary.

I often tell them, “You are in the corner office for a reason. It isn’t luck. You are different than the rest of us, you are the exception.” I encourage them to understand and help me help their team overcome these not-so-obvious obstacles to success.

I was raised in a working-class family. We were taught that hard work conquered all, to question the man, and that reading and education were the key to success. Because my parents didn’t understand the “science of money,” we were also taught directly and indirectly that anyone who had money had somehow cheated or were inherently a—holes. I carried these prejudices with me until I was 35. I was fortunate enough to work with a bunch of winners at FCTG who were good people who wanted to and knew how to succeed. Even then, it took me seven years to “shake off” my childhood prejudices and become a real producer.

Some of my students have these same prejudices. They have always “fought the man” and thus don’t want to become the (wo)man. This holds them back.

As a teacher, this is my most frustrating problem. I work with students who have an immense talent for sales. They are charming, smart, creative and know how to ask for the business. They have early success and are seemingly on their way to a great career… and then… they flame out. Change, even for the better, can be scary. These students get uncomfortable with their own talent and stop doing the things that led to their initial success.

These students will start to show up late. They will stop making as many calls as they initially did. They party too hard at night or at lunch. They come to work hung-over or smelling of alcohol. They become insubordinate, questioning every company rule, bad-mouthing their manager, their co-workers, or their company at every opportunity.

Because they fear failing these students make excuses. “I could succeed but I don’t want to be a pushy S.O.B like ________” (name the most successful salesperson in your company). These students will question the very idea of selling. My customers don’t like it when I am too pushy. These sellers are uncomfortable with being uncomfortable. They would rather maintain the status quo and not do sales work than be or become successful. They will blame the boss, the economy, or their career choice rather than go for it, fall down and get back up again, which is the essence of sales work and success at anything. Sadly, they will carry this attitude with them until they find a job that is well below their talent level—something easy.

Impostorism is a psychology held by some that their success is only because of luck and that they will eventually be found out as a fraud. Instead of embracing and enjoying their talent and success, they question themselves at every turn, always looking over their shoulder for the boogie man of failure that they most assuredly (in their minds) deserve. This self-doubt causes anxiety and underperformance vis-à-vis their obvious talent.

If you recognize these problems within yourself or your team, fight them. They are real and will hold you back. 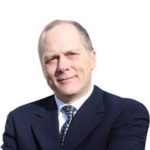 James Olsen is the founder of Reality Sales Training, Portland, Or. After 20 years in sales with Nike, North Pacific Lumber, and Forest City Trading, in 2001 James started his own sales training business, devoted to helping companies and individuals achieve rapid sales growth. Contact him at (503) 544-3572 or james@realitysalestraining.com.