With NAWLA’s Traders Market fast approaching, it’ll be exciting to see how the demographics pan out at this year’s event. Based on my personal experience and observations, attendance appears to be trending toward younger and newer participants in recent years. Could it be that more and more employers are recognizing the myriad benefits that come with orienting rookie talent to the business through these events? If that’s the case, and I think it could be, it’s definitely a positive development for the future of this industry.

As a younger person in the wood trade myself, it’s encouraging to see more event-goers my age, for a multitude of reasons. For one, it increases the pool of my peers who can connect early in the career track and become resources for one another as their tenure in the industry grows. At the same time, the opportunity for transfer of knowledge can’t be beat.

We younger participants may naturally gravitate toward one another, but not at the expense of building great relationships with seasoned veterans who have a deep well of expertise and advice to share. At Traders Market, you can watch them do their magic during show hours, then ask questions and network with them in relaxed and informal social settings afterwards. It, and other showcases, offer a prime opportunity to learn the fundamental dynamics of working in the wood business while making the kind of connections that will plant the seeds of career growth.

In a nutshell, as one savvy colleague frames it, it’s also the only way that the industry can continue to thrive and expand.

Brandon Has Been There

That insight comes from Brandon Desyatnik, a product manager at Weston Forest who got his start—and got it exactly that way—at just 21 years old. With one foot still in the classroom, where he was capping off his “book knowledge,” Brandon’s other foot was firmly planted on the trade show circuit, allowing him to amass practical knowledge that he says couldn’t have been gained any other way. To put it simply, he says Traders Market and other events are a good strategy for “throwing somebody new right into the thick of things.”

He doesn’t mean it in a tough-love, sink-or-swim kind of way, though. As a manager, he knows that sending a new employee to a trade show and just letting him or her fly blind wouldn’t make much sense—and likely wouldn’t be very productive, either. Rather, Brandon suggests, employers should have a game plan, such as having the rookie work a certain segment of the industry or target specific individuals.

Perhaps most importantly, Brandon says, trade shows allow newcomers to observe and learn. “Everybody in the industry is approachable, everybody is kind, and everybody is willing to share their wisdom and experiences—and that’s the kind of education” that can’t be taught within the walls of an office, he insists. That kind of early exposure is critical, he believes, because it’s really the only way to obtain a true and full understanding of the industry: how it works, what it involves, and who is turning the wheels.

So, part of the value of trade show attendance early in your career path comes from learning the ropes, and part of it comes from making those critical connections that will lay the foundation for success. And to keep building on that success, continued attendance at Traders Market and other shows is a must.

Now at the ripe “young” age of 32, Brandon says he looks back with appreciation and gratitude on the opportunity to participate in trade shows as a rookie. But that’s just the foundation. To him, the value in attending these events has only expanded over the years. Showing up again and again is basically “an evolution of your career,” explains Brandon, who’s already working on his eighth or ninth Traders Market. “As you attend every year, you strengthen old relationships and forge new ones. The more you go, the more people you meet, the stronger the relationships with those people become, and the better you both get at doing business. And that, basically, is how the industry evolves.”

As I mentioned earlier, much of this relationship-building takes place outside of the actual trade show; and Brandon concurs that, in many ways, these informal social vignettes deserve just as much credit as the official program for bringing industry insiders together. He and I both have learned the importance of putting the face to a name of someone you usually only talk to via phone or email and really getting to know them, as well as the great positive shift in a business relationship that can occur after sitting down with someone casually over a cocktail or meal. That face-to-face interaction, along with the friendship and trust that it fosters, is everything in an industry where multimillion-dollar deals are still made with a phone call.

Obviously, there is a cost to sending additional employees to trade shows. Brandon points out, and I absolutely agree, that it’s actually an investment in the company, in the employee, and in the industry.

As long as fledging employees arrive at the event with proper direction and guidance, they will take away something positive from the experience—including comprehensive knowledge of the industry and professional contacts, many of whom will become friends as well as business allies. And as long as companies understand that they will get out of it what they put into it, they too will benefit—including from happy and engaged employees who feel deeply rooted to the industry and their jobs. 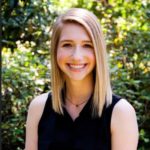