About this time in 2018, the lumber industry and other businesses were feeling hamstrung by an ongoing transportation “crisis” blamed largely on a scarcity of truck drivers. A year later, some organizations—including the Bureau of Labor Statistics (BLS) and the Owner-Operator Independent Driver Association (OOIDA)—are suggesting in press reports that the shortage is nothing more than a myth. The real problem, they insist, is wages. Are they right? Well, yes… and no.

There’s no denying that transportation companies—and, by extension, the industries we serve—have been feeling the pain. At Doss Logistics, an asset-based flatbed provider and nationwide brokerage based on the West Coast, the impact really began to show 18 months ago. Through regular communication and consultation, we worked with our partners, including lumber companies, to mitigate rate fluctuations and other issues as best as possible. We also greatly increased overall driver pay for our operations.

The tactic worked, with noticeable improvement over the last quarter or so. With other carriers likely taking similar steps, the driver shortage appears to have settled down a bit as those higher wages have trickled throughout the industry. Signs of a pickup may seem to validate the opinions of some naysayers; but throwing money at the problem won’t make it go away—not entirely, anyway. That’s because wages are not the only factor at work.

Looking for a Cure

The systemic issue that will continue to work against the industry despite higher wages is the fact that drivers are “aging out,” and nothing has been done to correct the overall trajectory of the problem. This is especially true for long-haul routes. There simply are not enough newcomers filling the void.

Hiring officers everywhere are turning to previously underrepresented groups such as immigrants, ex-felons, and women—as long as they are legally licensed and qualified for the job—but that hasn’t padded the rosters enough return transport to a comfortable place.

The industry’s biggest hopes for a turnaround may lie with the younger generation. There is even federal legislation, known as the DRIVE-Safe Act, that promises to alleviate the dilemma by letting 18-year-olds get behind the wheel for interstate hauls. Certainly, there may be some great candidates from this group; but the proposal, which previously failed to gain traction, is dogged by safety concerns.

Most industry information indicates that the risk of inexperience would probably outweigh the benefit. At some point, new technology may catch up and compensate for the inexperience of very young drivers, and they perhaps can become a bigger force in the Class A segment. For now, though, handing them the keys to a vehicle of that size is probably more risk than most firms are willing to assume.

Even with the other available pools of candidates out there, transportation companies face additional roadblocks. Issues like regulation, insurance, and litigation continue to add to the instability. With insurance, for example, drivers obviously must satisfy certain qualifications, such as having a clean driving record even before they get into the industry.

In addition, there’s a whole other layer of insurance disqualifications. It used to be that only something as serious as a DUI charge would discourage a transportation line from bringing on a driver. Today, the list of exclusionary acts has grown significantly to include everything from failure to appear to distracted driving—even if the violation occurs outside of the work setting.

It all ties into the litigation. If a driver is found to be at fault for an accident involving a personal vehicle, for instance, that is discoverable information. It’s difficult for the trucking company to argue that the offenses and behaviors linked to the personal vehicle are not also issues that occur on the job. That candidate, therefore, might not be a judicious hiring choice.

As for regulation, the conflicting nature of some state and federal laws create confusion, yet another barrier to entry. Let’s use the hot-button issue of marijuana legalization as an example. The right to smoke pot—which is now allowed in a growing number of states but is still illegal from a Department of Transportation standpoint—could become a deal-breaker for some job prospects who want to indulge in this activity during their own free time.

As another example, state and local laws can also affect wages. “Piece-pay” wage styles may compensate drivers according to a combination of miles, hours, drops, etc. State and municipal laws, however, can complicate that payment structure by mandating hourly pay, overtime or “equivalents,” even when it’s not required under federal statutes.

How Do We Heal?

Interestingly, with all the various barriers to entry that keep the employment cycle from running smoothly as older drivers age out of the system, it still mostly comes back around to wage, like both the BLS and OOIDA suggest. It is both a differentiator and a motivator.

Even as we acknowledge those realities, however, it is important to also recognize that wages are not the problem and/or solution in totality. There is a systemic issue that has yet to be addressed or corrected, and that concerns replacement of the wave of retiring drivers. Therefore, while the immediacy of the driver shortage may have eased somewhat in early 2019, we at Doss believe that the periods of distress will continue—sparked by an economic event or other catalyst—unless the underlying problem is resolved.

To avoid a repeat, transportation must make itself more appealing to younger people. Yes, that means increasing wages. As we at Doss see it, the money is still slightly below where it should be for the work that it is, especially for long-haul. Plenty of other jobs pay near the same level but are less difficult to break into and to maintain. Salaries also should reflect, for example, what it really means for a long-haul driver to be home only intermittently.

At the same time, with a growing preference for shorter hauls, carriers would do well to restructure routes and shorten shifts when and where possible to give drivers more home time. Not least of all, there is a need for regulatory stabilization at the local, state, and federal levels, delivered through uniform and reliable enforcement. Otherwise, we can expect to see continued wage volatility—hopefully less severe—and a similar sense of long-term instability when it comes to the driver shortage. 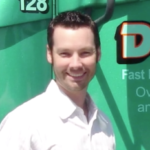