Lumber isn’t glamorous, they say. I’ve had a taste of that life, and it’s not all it’s cracked up to be. At the start of my college years, I aspired to a career in fashion—it doesn’t get more glamorous than that, right? I thought so, too, until I entered a fashion merchandising degree program and found myself surrounded by superficiality.

I’m a “people person,” so I knew it wasn’t going to work. The exact opposite type of energy embodies the lumber industry, by the way. Not only is it a place where you can be your authentic self both personally and professionally—which is good, since your customers and suppliers very likely will be your friends—but, importantly, it’s also a place where you have a real shot at achieving your goals.

My father cashed in a favor to land me a part-time receptionist job at Patrick Lumber Co. more than a decade ago, to earn extra money while enrolled at Washington State University. I expected to stay no longer than six months. However, the escalating recession and a growing pile of student loan debt persuaded me to put school on the back burner and increase my responsibilities at Patrick Lumber. I worked full time as a trader assistant for about eight years, before applying for a lumber trader position and finishing my marketing degree in 2017. Prior to that, though, I questioned whether I wanted to stay in the industry and was tempted multiple times to see what else might be out there for me.

The pivotal decision to dig in for the long haul came when my personal life crumbled in 2017, punctuated by a divorce and the sale of my home. These events created a crucible of sorts for me, and I began to look at the future through a different lens as I set my sights on a happier 2018. I also recognized the level of support I had received at Patrick Lumber and felt a strong pull not to let my work family down.

I took the trader role and was rewarded with what has been the best year of my life! Instead of worrying if the grass was greener on the other side, I realized that there was a huge opportunity on the table right in front of me and that I’d be a fool to leave it there. I understood what kind of doors could open if I was just willing to go for it. The result is that my career goals and my personal goals are aligned with one another, and being in a sales position allows me that flexibility. I changed my attitude about the opportunity, and it changed my direction.

My experience matters because it speaks volumes about the kind of people who make this industry special and how anyone can find happiness and success with a career in lumber—even if they weren’t looking for it there. Especially now. Patrick Lumber gave me a vehicle (lumber) to connect to people, be a part of solving problems, and find creative ways to adapt. My career in lumber has not only given me a living, but it’s given me life.

Get In Where You Fit In

The lumber industry offers vast opportunities but unlocking and claiming them means digging past the labels that cloak the sector’s true value. In addition to being dismissed as not sexy, it is viewed as old-fashioned. It’s true that this has been a highly traditional industry; and I, for one, appreciate the people before us who worked to create the supply, build the relationships, and bring the industry to where it is. Its foundation rests on values like trust and loyalty, but other hallmarks of the business—such as gender disparity—scream stagnation. What outsiders may not realize, though, is that lumber is ready and ripe and, in fact, already on the brink of evolution.

I’m a perfect example of how the transition is starting to play out. When Patrick Lumber hired me on in 2007, it—and many other companies—were set up with male traders on the sales floor and a staff of female assistants to provide support. That is not to say that my firm didn’t support women doing sales; it was just the status quo. Not anymore. I’m one of two female traders at Patrick Lumber, and I think this is just the beginning.

I don’t want to ignore the elephant in the room, because there are very real challenges to being a woman in some aspects of this industry. We aren’t always taken seriously; in fact, it’s not uncommon to be mistaken as a receptionist. But if what you want is a role that has traditionally been male-dominated or if what you want is a leadership position, overall the industry will back that play. First, though, you have to ASK for it. There’s a book called Women Don’t Ask, which cites research on how long people wait to ask for something they want. The study found that men ask when they’re about 60% ready, while women put it off until they are 100% ready. Postponing the ask, however, postpones the payoff. So, ASK. Say what you want and need, and then go for it.

Not only should women go for it, so should younger workers and people of different races and backgrounds. NAWLA is helping with that, for example, with it’s new Young Emerging Lumber Professionals (YELP) group, designed to address industry issues for the next generation.

The conclusion is the industry needs as many perspectives as possible. Diversification can only improve innovation, which can only bolster the bottom line. It’s the perfect time, too, if you consider the rate at which the lumber industry is losing Baby Boomers to retirement. That applies to anyone looking to launch or propel their career. The trend is opening up all kinds of opportunities at all levels, from marketing and admin to IT. It also potentially creates a faster track to leadership for those interested in that pathway.

The Moral of the Story

What started for me as a flash in the pan to make some side cash turned into 12 years of growth, opportunity and change. Lumber offers the same kinds of opportunities as other industries, with the added bonus of really great people and a culture predicated on values such as family, trust and loyalty. If you align with any of those attributes, then you’re doing yourself a disservice by passing the industry over. 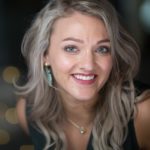 Chelsea Brown is a trader at Patrick Lumber Co., Portland, Or., and a member of the NAWLA Education Committee.