For the past two years, home builders across the country have enjoyed robust profits fueled by rising prices for new homes. The strength in the economy has allowed lumber producers and wholesalers to successfully pass on price increases to their customers.

Normally, in good times, builders expect a 10% operating margin, two percentage points over what has been the median for the last 25 years. Unfortunately this “forward motion” in the housing industry was slowed by a crash in lumber and panel prices in the fourth quarter (suddenly over-stuffed inventory was worth a lot less) and a leveling off of prices for newly built homes.

These concerns, however, do not impact the decking industry as directly as they do new housing. Deck building arises both from new home construction as well as from existing remodeling. Generally, the increase in Canadian cedar prices during most of last year forced deck builders towards composite and hardwood decking.

Overall, deck building and new home construction remain strong. Economists were pleasantly surprised by the jobs numbers reported in January—over 300,000 new jobs added to the U.S. economy—which boomerangs to more activity up and down the private sector.

From our discussions with wholesalers, we forecast price stability in cedar decking, modest increases in composites (especially in the second quarter), and eventual increases in exotic hardwood decking from South America (mostly ipe) and Southeast Asia (species from the mahogany family). Price increases in exotic wood generally arise from log shortages, bad weather, and increased demand.

Home builders will find that in addition to softwood lumber prices returning to 2018 levels, labor costs, too, are on the rise. The construction industry unemployment rate, at 6.3% during the first half of 2018, has fallen back to its levels during the housing boom. According to a new report by the U.S. Labor Department, the “quits rate”—that is, the share of workers voluntarily leaving construction jobs, a sign they think they can get new jobs easily—stood at 2.5% last March and April, the highest since early 2008.

In the manufactured housing industry, managers are struggling with low volume floor output (even though demand for manufactured homes is strong) primarily because plants cannot keep a steady workforce in place. In the old days, mobile home producers turned a blind eye to Social Security numbers submitted by prospective employees. Now all documentation is carefully scrutinized. Although wages are up to $14 to $18 an hour, manufactured housing producers find ever-increasing turnover.

If anything, the official figures may understate how tight the market has become for an overall construction industry that has traditionally relied heavily on illegal immigrants. It is not surprising that the decreasing numbers of illegal immigrants crossing the border would stress the labor market. According to Pew Research, illegal immigrants account for about 13% of construction workers, and in some areas, that figure may be significantly higher. For example, nearly a third of the brick and masonry workers are here illegally and these are not just Hispanic workers, but often Russians or other Eastern Europeans.

The more important issue is how these trends affect the overall housing market, which was certainly one of the bright spots in 2018 and should not be overlooked. After all, housing helps drive spending on everything from cars to decks, lighting, hot tubs, paint, primer, cabinets and couches. 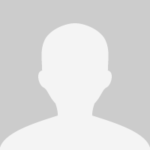 Steven Schlesser is a hardwood specialist for Kayu International, Wilsonville, Or. (www.kayu.com).