Hel-EENa,” the owner of Boehs Building Supply corrects this reporter’s mangling of his Oklahoma town’s pronunciation. “HEL-ena is in Montana,” he offers a reminder. And that’s too distant a delivery destination even for his operation’s excellent go-the-extra-mile service.

Helena, Ok., pop. 350, houses a state prison, “but not a lot of new construction; mainly renovations, add-ons,” says Mahlon Boehs, co-owner (with his father, Doug, and brother, Seth). Its “downtown”—don’t blink—boasts a gas station, a restaurant, and a grocery store. “So if somebody needs something, they go to Enid,” a pin-spot marked in boldface on my Rand & McNally map, (which doesn’t even acknowledge Helena). “But we serve the entire county of 5,000 and beyond,” Mahlon says. “We have to.”

The operation grew from an initial construction outfit father Doug took over from his own dad in the ’70s. “We boys came on in the ’80s, working summers while we went to school. In 2000, Dad started building ready-to-move homes, enabling him to buy lumber wholesale. His salesman talked him into offering the lumber to the retail trade, too, so we built a warehouse open to the public. Dad and I (the sole employees at the time) didn’t even have a warehouse; we sold the lumber out of that construction business.”

So in 2005, Boehs bought a property across the street and built a 50-by-100-ft. retail hardware store “to put a face on it, for public awareness,” Mahlon explains. “Lots of people hadn’t even realized we sold retail.”

By 2007, a daughter who had moved back to town spearheaded the launch of the supply company’s now-primary niche, a hearth department—designed to sell, install and service stoves and fireplaces showcasing a respected brand. Nothing of the kind existed in a 100-mile radius, so the road was clear. “Dad, me, my younger sister, and my cousin ran the new division, which took off well. By 2007, we added a 2,000-sq. ft. showroom.

“My brother Seth and I would head out, after a day’s work, and install the units. Business grew pretty steadily for the next few years,” Mahlon reports. “Since then, it’s been kind of a plateau—but at a nice level,” he adds. “It’s definitely been a good addition, and the margins are a lot better” than for commodity lumber (no surprise). “People out here aren’t scared of driving. They don’t mind coming 50, 60 miles to us. It’s become our trademark, so we added a chimney with smoke coming out of it to our logo. (See www.boehsbuilding.com.)

Who’s buying? The bulk of building materials goes to the area’s pros. In the hearth niche, it’s primarily home owners. “People have fireplace already, but want stoves. Or, there are lots of homes built in the ’70s and ’80s with a steel box, completely inefficient: the heat goes up your chimney. So now, those people are coming to us, to add a wood-burning inset or—even more so—gas. Installations that re-line the chimney act as efficient appliances. Now they’ve got a working fireplace.”

In 2017, Boehs added not just another niche, but another store. It’s 30 miles down the road in Fairview, pop. 2,800, specializing in hardware along with building materials. It fills a void in a hardware-less town. It also boasts a rental department.

“Big nuisance, rental?” this reporter asks, based on past tales from other owners. “NOT a big nuisance!” Mahlon fires back. “Yes, there’s more work—upkeep in equipment, etc.—but it’s well worth it. Fairview is a hub. Even for a town of that size, it draws people. In Fairview, you can get about anything, and the town people are loyal. They won’t drive to Enid to save a dollar. If you offer it here, they’ll buy from you. Our business here is mostly in renovation—we offer framing packages, siding, windows, sheetrock—mostly to pros, but there’s also a lot more walk-ins in this store.

“Our staff (15 total) is trained to help. For instance, the Fairview paint department manager owned a lumberyard here that went out of business just before we opened, so she’s versed in customer service and knows the community. Contractors like it that we deliver, and they’ve given a good reception to our rewards program, in which they often get rebates of $200 to 300 a month. And they also like the coffeepot.”

The what??? “Well, my brother and I love coffee. So we also have a sideline business, 7th Ave. Roastery, roasting coffee, which we sell retail and wholesale. But we give it away by the cup to our building-supply customers.

Other plusses: “Seth and I learned some things from Helena about what to do or not do in Fairview (but we’re still learning,” Mahlon is quick to add). “The new [2017] store is well laid-out, good lighting. There’s a straight shot from the front door back to the customer service counter. When it comes to products, for the departments that do well in Helena, we expanded in Fairview—for instance, plumbing.”

Yes, there’s competition in this bigger (sort of) town, “but we strive to be helpful and as friendly as possible, with good oversight and good layout.” (Mahlon is never one to bad-mouth a competitor, so readers may draw their own conclusions.)

In 2012, Seth and Mahlon each bought one-third of Boeh’s ownership, while father Doug retains a third. Here’s how they split the labor. Doug oversees administration and sales. Mahlon monitors building materials and sales, plus deliveries. Seth serves as the hearth department manager/hardware manager. “But we all fill in everywhere. We don’t hide out in some office.”

What lies ahead for the future, Mahlon? “The economy here is fair-to-middling. The cattle and grain market is the downside, while oil’s in the background, helping some. Personally, Seth and I each have three kids. Our plan is to work them into the business. We’ll give them the chance if they want it.”

Like Mahlon does. Does he ever! “I enjoy the challenge. I enjoy selling building materials. I love working with people.” 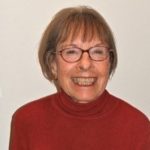 CARLA WALDEMAR IS A CONTRIBUTING EDITOR TO BUILDING PRODUCTS DIGEST AND THE MERCHANT MAGAZINE, PROFILING LUMBER DEALERS EACH MONTH SINCE 2002 IN HER “COMPETITIVE INTELLIGENCE” COLUMN. BASED IN ST. PAUL, MN, SHE ALSO SPECIALIZES IN FREELANCE ARTICLES FOR THE LBM AND TRAVEL INDUSTRIES.