“Contractor Buys Lumberyards,” the headline in this magazine’s June issue announced. Is this as newsworthy as the proverbial “Man Bites Dog”? Nah—but almost as unlikely. So, this reporter couldn’t wait to find out how, and why.

It happened in May in Cedar Rapids, Ia., where longtime contractor Marty Hoeger ended up as owner of Odgen & Adams, a 113-year-old city institution.

For the past 22 years, one of the yard’s best customers had been (you saw this coming) Marty Hoeger. While in his family’s business and then out on his own, building residential and light commercial properties, “I’d pretty much exclusively used Ogden. So I knew the people, knew the culture, the service, and the quality of their products,” he explains.

“Three years ago, I was approached by my sales rep, saying that Ogden’s owner was ready to retire. I’d always been interested in running my own business, so I started conversations with the man, promising him I was not the person who’d come in and change everything after 113 years. I was local; he knew me. So we worked for two and a half years to come together with a win-win solution and way to purchase it and go forward.”

Okay. But, man bites dog twice? And at the same time? Now we’ve got a story.

Larry Paulson, Ogden’s owner, immediately started nudging Marty: “If you love the industry, you should really talk to Randy.” Randy Kelley owned a competing yard across town called Cedar Rapids Lumber. He had no succession plan, so was willing to start thinking about the next step. “Maybe in three years?” he responded. “Not today, but I’m ready to start slowing down, get some things off my plate.”

Randy desired to stay on staff, doing what he liked, and knew, best: buying and pricing lumber. “That’s his passion,” Marty explains, rather than the directing of his staff. “If you take that part off my plate, I’d be ready to roll that over to you now,” he told Marty. So, virtually overnight, the contractor became owner of two indie lumberyards in the same town (both named Ogden & Adams today).

“It really was a good fit,” Marty continues. “Randy acted as an advocate for me to the staff, touting  ‘the new energy coming to work here.’ I did do due diligence on ways to pull this off, to create new synergies between the two yards. Ogden didn’t handle commercial work, which Cedar Rapids was more into. They’d kind of stayed away from each other. But when the flood of 2008 closed Randy’s location”—and the Mississippi River devastated much of the town—“Larry invited him to do business out of Larry’s yard and carry on.”

As would anyone new to the industry, Marty faced a learning curve, starting with inventory and the various categories of lumber stacked on the property—“different grades, different types of wood to learn. Then, I figured out that I had 30 vendors walking in every week—three different brands of windows alone. Talking with vendors could eat up your week if you let it.

“So I set up some new procedures: One, don’t walk in unannounced; make an appointment. Two, I can’t afford to shoot the breeze for an hour with you; let’s get right down to business. (Yet, I realized that this is a huge relationship business, and that included our vendors.) But we also had huge relationships with our customers, and we needed to be available for them—to cater to our customers. It was a Catch 22 situation, but it taught us to become more efficient. The point is, we needed to look at roles and responsibilities of everybody in order to become most efficient in their roles: ‘If this isn’t best, what is?’” And not to be afraid to start delegating some of those vendor meetings to other key employees.

The two stores’ staffs could have given their new boss a bit of grief, but no. “I didn’t come in saying, ‘I’m fixing this to be way-better.’ I felt that, after 113 years, you don’t need to change, as much as to add, so I wasn’t met with ‘I’ve been here 26 years and here’s how we’ve always done it.’ Instead, under my leadership, we melded the companies and cultures together, plus threw in new ideas. And I was met with ‘Wow! I really see how it benefits us!’”

Marty initiated staff meetings: new weekly sales meetings and monthly yard meetings, talking over delivery issues, safety, upcoming projects. “It was not inside vs. outside, as before. Rather, all under one umbrella, working together: Not yard together and sales together, but everybody.”

When it came to products and SKUs, Marty did some weeding. “The two yards didn’t need Type A glue here and Type B there, so we educated customers and educated staff that it didn’t make sense to carry both.” But when it came to service, easy-peasy. “I’d been a customer for 22 years, so I knew how good their service was. On the jobsite, if they had mis-ordered and needed another three sheets of plywood, they’d call and say, ‘Can I pick it up?’ and I‘d say, ‘No, I don’t want to have to leave the jobsite.’ I’d jump in a car and get it to them within an hour. What separates us from the competition is, attitude. And we take care of problems.”

Who are those customers, anyway? “Nearly all of them (85%) are pros, building new homes, remodeling, adding decks. Builders constructing homes selling for $800,000 to $2 million. Builders constructing houses in the $150,000-to-$250,000 range. Commercial customers. (One works solely on hospitals, for instance.)” DIYs, too: “Lots of window replacements, from wood to vinyl. In our showroom, we walk them through the paces, offer solutions—and that’s what separates us from the boxes.”

Are those big boys making an impact? “We don’t carry plumbing, and we don’t do lightbulbs. But we do offer a staff with 32, 28, 20 years of experience who can walk you through your project, be your coach. The big home-improvement centers have to compete with us—not the other way around,” he states.

There are three other good independent yards in town, too. “They fit a niche, we fit a niche. I don’t drive to a jobsite and start in with ‘We’re better.’ Instead, I like to show a level of respect.” And those clients? “They could go across the street to a competitor, but we are the best when it comes to service, products. We did upgrade our showroom and put in new computers. Still… why us?” he ponders: “Location? Anderson windows? Replace a deck? Or is it that relationship thing? After all, 113 years, family-run, in the same location….”

One of the prime reasons employees like to work here, Marty thinks, is the relationships they build with customers. Staff turnover, as you might expect, is next to nothing. Retirement might be the only reason to part ways. Or, not even then. “When I first took over, one fellow, ready to retire, got his severance, but stayed on seven weeks because, he said, ‘I’d like to see you through and help you out.’ My goal was not to chop heads; everybody had a valuable role. Instead, create synergy, but not merge the two yards into one.”

And certainly not ASAP. Wisely, “I spent March through January letting things live and breathe before making big changes. But we do need to get a new website design; to re-do Facebook and Instagram for today’s world and be more effective there. We need to continue to reinvest ourselves in these ways to bring in new customers. We need to tell our story.

“When it comes to potential prospects, I set up and attend one or two meetings with the potential customer, then bring in a sales person who’s a good fit and, after that meeting, empower them to move forward.”

Assessing the current market, Marty sees it this way: “Cedar Rapids right now is a town of single-family dwellings, and it’s just maintaining those numbers. But the surrounding bedroom-community business is still thriving. There’s lots of commercial boom. And a craze of empty-nesters moving into condos downtown, so a lot of condo development.” In other words, business is just fine, thanks.

In the future? “It would be easiest to say, ‘You know what? Buy new trucks, update the facility.’ But reality is, we’ll take a couple of years to be good stewards of Ogden before we move ahead with that, so that we don’t risk our employees because of a dumb move.”

Future plans for Marty, himself? An heir waiting in the wings? “My son is still in high school, but he can make his own decision. If he does decide to come aboard,” Marty laughs, “he’ll start in at the bottom—framing houses, pushing a wheelbarrow. Just like I did.”

And just look what that can lead to…. 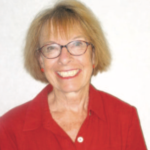 CARLA WALDEMAR is a contributing editor to Building Products Digest and The Merchant Magazine, profiling lumber dealers each month since 2002 in her “Competitive Intelligence” column. Based in St. Paul, MN, she also specializes in freelance articles for the LBM and travel industries.