Bamboo is one of nature’s oldest building materials—and for good reason. It’s strong, dense, renewable and grows like a weed. In fact, it’s like a never-ending forest that regenerates itself every five years.

“Bamboo is actually a grass. It can grow up to 36 inches a day,” says Fortress Deck’s A.J. Jesiolowski. “It will reach full height within one year, although the best time to harvest is five to seven years.”

Consequently, bamboo has long been a staple building material in Asia, particularly China. Yet, apart from on Gilligan’s Island, bamboo has yet to break through in the U.S. in exterior applications, such as decking.

Manufacturers’ first attempts about a decade ago—strips laminated together into deck boards—failed miserably. “When bamboo decking first came out, it was all lower-end product made from side-pressed technology,” says MOSO’s Brett Kelly. “If you looked close enough, you could see all the strips. That early technology did not do well.”

Early products were insufficiently resilient to moisture and, even more so, to insects. “Bamboo is nature’s Pixy Stix—a straw filled with sugar,” Kelly says. “Bugs love it. That was a problem.”

Manufacturers concluded they had to remove the pests’ food source and replace it with resin or plastic, creating some form of composite.

There have been basically two different approaches. The first is similar to traditional wood-plastic composite decking, only using bamboo for the fiber component instead of wood.

To make BamDeck, Cali Bamboo uses the reclaimed bamboo fibers left over from the manufacture of its solid bamboo products. These fibers are mixed with recycled HDPE plastic (mostly drink cartons and laundry detergent containers) to form a mixture that is then moulded into decking planks of various sizes and colors.

Using bamboo makes for a stronger composite, according to Cali Bamboo’s Laura Nieto. “Resistance to bending and sagging is key when deciding upon a composite decking product,” she says. “It’s especially important if the deck is going to bear a lot of weight like outdoor furniture, a grill, a hot tub, or heavy snowfall. BamDeck is made of 60% reclaimed bamboo fiber and 40% recycled HDPE (high density polyethylene) plastic. Those bamboo fibers make for a composite that’s at least 3.6 times as strong as (traditional WPC decking).”

He adds: “Bamboo has big advantages over wood. It is much more dense. It has high compressed strength, greater than wood, brick or concrete, and the same tensile strength as steel. And it has less oils than wood. It installs exactly the same as wood-plastic composites, but with WPC, you pick up a 20-ft. board,    it’s like a wet noodle. Ours is a little heavier, but denser and stiffer, so   you can carry long lengths without bowing.”

Infinity is dual-sided, with a hardwood look on one side and a distressed grain on the other. Jesiolowski said, “We searched the hardwood flooring market and discovered about 80% of the boards sold were distressed in some fashion, and whatever’s sold inside sooner or later comes outside.”

The second approach to effectively incorporating bamboo into decking is to cook the sugars out, impregnate the strips with phenolic resin, and fuse them together. The binder is the same resin used to produce bowling balls, so the decking is, in effect, 87% bamboo and 13% bowling ball.

The final product, sold into the U.S. by such companies as DassoXTR and MOSO, performs like a WPC, but looks more like an exotic hardwood. It also offers a Class A fire rating. Like wood, it can be left to weather to a natural gray or recoated every 12 to 18 months to maintain its darker, wood tones.

DassoXTR sees its opening as a substitute for exotic hardwoods. “The future of bamboo decking is going to increase significantly,” says Avery Chua. “The field for our type of product will almost double each year. Tropical wood has a host of issues, such as the Lacey Act, to deal with. With tropical decking, it’s always a case of availability and demand. Too much demand and there won’t be sufficient availability, and if there’s too much availability, they may not have the demand.”

But DassoXTR and MOSO have another challenge in bringing their products to market: they’re available only in 6-ft. lengths, unlike the 12- to 20-ft. lengths most other composites are sold in.

The idea is to emulate hardwood flooring, with 6-ft. lengths and end-matched joints. “One person can handle a 6-ft. board,” explains MOSO’s Brett Kelly. “We heard one contractor say, ‘I’ve never installed a deck so fast in my life!’ But we realize we’re fighting a two-front war—trying to introduce 6-ft. deck boards into the U.S. market and trying to sell bamboo as a viable exterior material.”

Certainly, acceptance has not come easy. Bamboo has yet to crack even 1% of the overall North American deck market. And while some manufacturers are enjoying explosive growth, others have given up on the U.S.

Smith & Fong, which introduced PlybooDex about three years ago, is now back to focusing on primarily interior uses, such as Plyboo brand wall paneling, ceilings and flooring.

Shanghai-based Bamking made an even bigger push into the states about the same time, opening a Dallas, TX., office for Bamking USA and lining up distributors such as International Wood Products. IWP recently sold through its remaining Tru Bamboo inventory and understands Bamking is no longer operating in the U.S. Calls to the Dallas office were not returned.

But the remaining players are confident. According to MOSO’s Kelly, “We watched our business double each of the past four years. This is a great industry, but it’s slow to change. We just have to be persistent.” 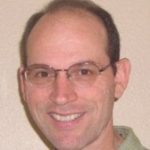 David Koenig is the managing editor of Building Products Digest and The Merchant Magazine.