I’ll never forget the first time I saw the words “LUMBER TRADER” written beneath my email signature. It was a powerful and victorious moment, which I was able to relish only after two trying years of pursuit. This goal was achieved not only though persistence and preservation, but also because one of the many firms I interviewed with dug deep enough to see my real potential.

Like many Millennials, after university I dabbled in several different sectors before figuring out where I wanted to really be professionally. The light bulb went off the very first time I stepped on a trading floor, after responding to a “business development” opportunity that turned out to be a commodity trader position. I knew at once that this was the only thing I wanted to do. I didn’t get that job—or several others that I chased after that—but I was sold on the promise of it all.

The road to success was paved with many, many rejections: it seemed I was either too young or too inexperienced for employers to take a gamble on. I remember taking my resume and walking from firm to firm, trying to pitch someone on giving me a chance. Someone finally did, in early 2017, and I began an entry-level position that allowed me to acquire working knowledge of lumber and an understanding of how to interact with suppliers and customers. I knew that I was destined for greater things, but my career just wasn’t moving at the pace that I wanted. While I appreciate my introduction to lumber and will always be grateful for that opportunity to cut my teeth, after six months it was time to move on. I started calling trading companies again, but this time I was able to add some relevant experience to my resume.

My big break came in the second half of last year, after running into some employees of Canadian Wood Products whom I met at Global Buyers Mission 2016. Those connections landed me an audience with the company’s senior officials soon after.

The interviews were never really ever too stressful, thanks to the laid-back atmosphere at CWP. Leadership was more focused on uncovering my personality and character than on vetting my knowledge or experience. At the same time, however, I underwent a rigorous background check, credit check, and personality quizzes. While this part of the process was somewhat more stressful, I knew a company that put this much effort in the recruitment process was one that also was interested in hiring the right people and retaining them for the long term. With that in mind, I became heavily invested in making sure I made it past every stage; and, in October, I finally received an offer letter.

The ensuing months as a junior trader took me through one of the most demanding learning curves I had ever encountered. My life became memorizing grades, sizes, and markets, etc., and making tons of cold calls. I was equally committed outside of work hours, spending my one-hour commute on Skytrain reading books that I thought would help me to do my job better, including How to Buy and Sell Lumber and The Seven Habits of Highly Effective People. Once I arrived at work, I would list my goals for the day and print them off so I had them in front me at all times. Perhaps my most rewarding habit was my 25/4/1 standard. I decided that every day I would make at least one sale. If I couldn’t make one sale, I would dispatch at least four personalized offers based on conversations that I’d had that day or prior. If I couldn’t find companies to send offers to, I would place at least 25 cold calls trying to get inquires. This way, I could never tell myself I didn’t do enough work that day. I never wanted to get into the habit of neglecting to do my core job, which was making calls and opening customers.

As a junior trader, my start was difficult as I strived to balance learning with conveying my new knowledge to customers who had been in the industry for more than 20 years. I eventually opened enough customers to be able to slowly start shipping every month.

Although my career in the field has just begun, it already is one of the best and most important journeys of my 25-year-old life. My advice to CEOs, presidents, and HR managers looking to hire fresh young talent is to simply take a chance on people. Through my experiences with rigorous hiring processes—both as an interviewee as well as a marketing company owner shortly after business school—one lesson I’ve learned is that there is zero correlation with how much education or experience someone has and how hard they work. People will surprise you in wonderful ways if you just let them. I have seen awkward newbies take on roles where I did not initially see a fit; but, to my amazement, they went on to outperform workers that I had thought might be more suitable in the position. The best thing a firm can do for young people is to take the first step and extend them the opportunity. In addition, it is important to foster loyalty and keep retention levels up.

People can learn lumber jargon, the terms, and tactics, but they can only to a certain point be taught the concept self motivation and hard work. If you can find that characteristic in someone, I say hold them closely before a rival notices that spark and snatches away that young talent and the potential he or she could have brought to the company or industry. 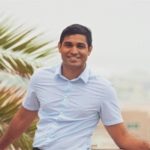 Bhupinder Jhajj is a lumber trader for Canadian Wood Products.