A Special Series by NAWLA

When I entered the lumber industry more than a decade ago, I had no exposure to and, frankly, no interest in the industry—what interested me was paying the bills. I was fresh out of college, unsure of my next steps, and in need of a job while I tried to figure it all out.

When an entry-level accounting position at a wholesale lumber company opened up, I saw what I thought was a short-term solution. What I found instead was my “forever” career and my passion. I had earned a degree in accounting and entertained a future in law, but the lumber industry was never even on my radar. That’s because, I think, you really just don’t know how much this profession has to offer until you’re submerged in it. And once you get in, you’re going want to stay in!

Wood has a reputation—undeserved, in my opinion—for not being “glamorous” or “sexy” enough. As industry participants we need to stop perpetuating this misconception and start demonstrating how great this work can be. The aspect that captured me at age 22, and that has motivated me to remain in the business for 13 years and counting, is the culture.

I recognized the difference right away: while my friends were landing plum jobs at big-name accounting firms in their specialties, they were just a number, part of the corporate machine. I wasn’t. Lumber is a relationship-based business defined by a sense of family, which is palpable. People know each other’s spouses and children—because they CARE about them. They socialize outside of the workplace—because they CARE about each other. For me, a young person striking out on her own in a new state, that nurturing benevolence at my first industry job was just what I needed at that time in my life. It’s a quality that is important to me in general and why I stuck with the industry even when I moved on to another lumber company.

My current employer, Capital Lumber, is located in the midst of California wine country and in the heart of Silicon Valley; these are the supposedly “sexy” markets that we compete with at job fairs. But those firms have revolving doors—sure, you might get in, but you’re only going to be there for a few years. And your manager might only be there short-term as well. The friends that you’ve worked with and have gotten to know will be leaving after six months.

That’s not how the lumber industry is, though. This industry holds people in, people who have endured the ups and the downs, who have raised their families through a career in this business. Working with glitzy wine and tech as a backdrop only reinforced my understanding that the people who work in this industry care about it, and about each other. And I think that’s the single-best thing about lumber. I always say the lumber industry is just like the Eagles’ song “Hotel California”—you can check out any time, but you can never leave.

I was fortunate with both of my jobs in the industry to walk into really well-run firms with good people working for them. But was it only luck? The “family” reference isn’t just figurative, it’s literal. There’s a long list of actual family-owned businesses in our sector, which I think only lends to its warm, tight-knit community feel.

Being a Girl in the “Old Boy Network”

The prevalence of family-owned companies also might speak to the male dominance in lumber, which in turn could help explain the low rate of female representation. I can remember times when it felt like the record player screeched to a halt when I walked into a NAWLA event because I was the only woman. That’s slowly changing, however. More focus is being put on succession planning, as companies start to look at what happens when the next in line—a son, a nephew—wants to pursue a different career.

Some of those questions could be addressed by market conditions, such as more mergers and acquisitions. But there also is a concerted effort underway to consider how to put not only more non-family members but also more women into leadership roles. In addition, companies are increasingly starting to recognize the importance of mentorship. I think most people would agree that having a cheerleader and a counselor to help you as you progress can be career-altering. I was blessed to have this kind of guidance from several excellent role models as I was advancing in the industry, with favorable results. While my mentors were all male, female mentorship is a movement; and it is growing.

I do my best to contribute to that movement by telling my story on the recruitment scene and when Capital brings on interns and new hires. I’m able to talk about how far I’ve come in this business since getting started at just 22 and demonstrate how they, by mapping out their own path, can also achieve big things in this industry. While the message is meant for everyone, I find that women especially need that encouragement because they worry that lumber is not a good fit for them.

The fact is it may be a perfect fit—like it was for me—but sometimes knowing requires stepping out on faith. Like so many others in the lumber industry, I stumbled into the business completely by chance. Although this incredible journey initially was not by design, that doesn’t have to be the case for the next generation of wood professionals. You can take a job in this industry anywhere you want to, on purpose. My advice to anyone just starting out in the business is this:

Don’t be afraid to say, “yes!” Just because you haven’t done something before doesn’t mean that you can’t be a rock star at it. If someone has enough confidence in you to suggest it, it’s probably worth a try. Even though I knew nothing about lumber 13 years ago, I never said “no” just because I was a woman. I never said “no” just because I lacked experience, and I never said “no” because I was afraid of failing. That tenacity paid off. Back then I was one of the only females working in this profession, and today I’m one of the only females in a leadership role in the industry. While I still may not be the most likely face of lumber, I’m excited to watch the evolution continue in this industry. 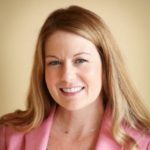 Bethany Doss is business manager for Capital Lumber, Healdsburg, Ca., and second vice chair of NAWLA’s board of directors.